My Dark Glass Sinfonia for symphony orchestra is the second track on this amazing album, coming out soon from Navona Records. And you can pre-order it now! 🙂

…Next comes Dark Glass Sinfonia by Sarah Wallin Huff, in which crumpled dissonances flower into exuberant tonality, capitalizing on the full dynamic range of the orchestra… In PRISMA VOL. 3, seven masters of this challenging artform rethink what a symphony orchestra is capable of, and in so doing, present their audience with a unique and gratifying musical experience. 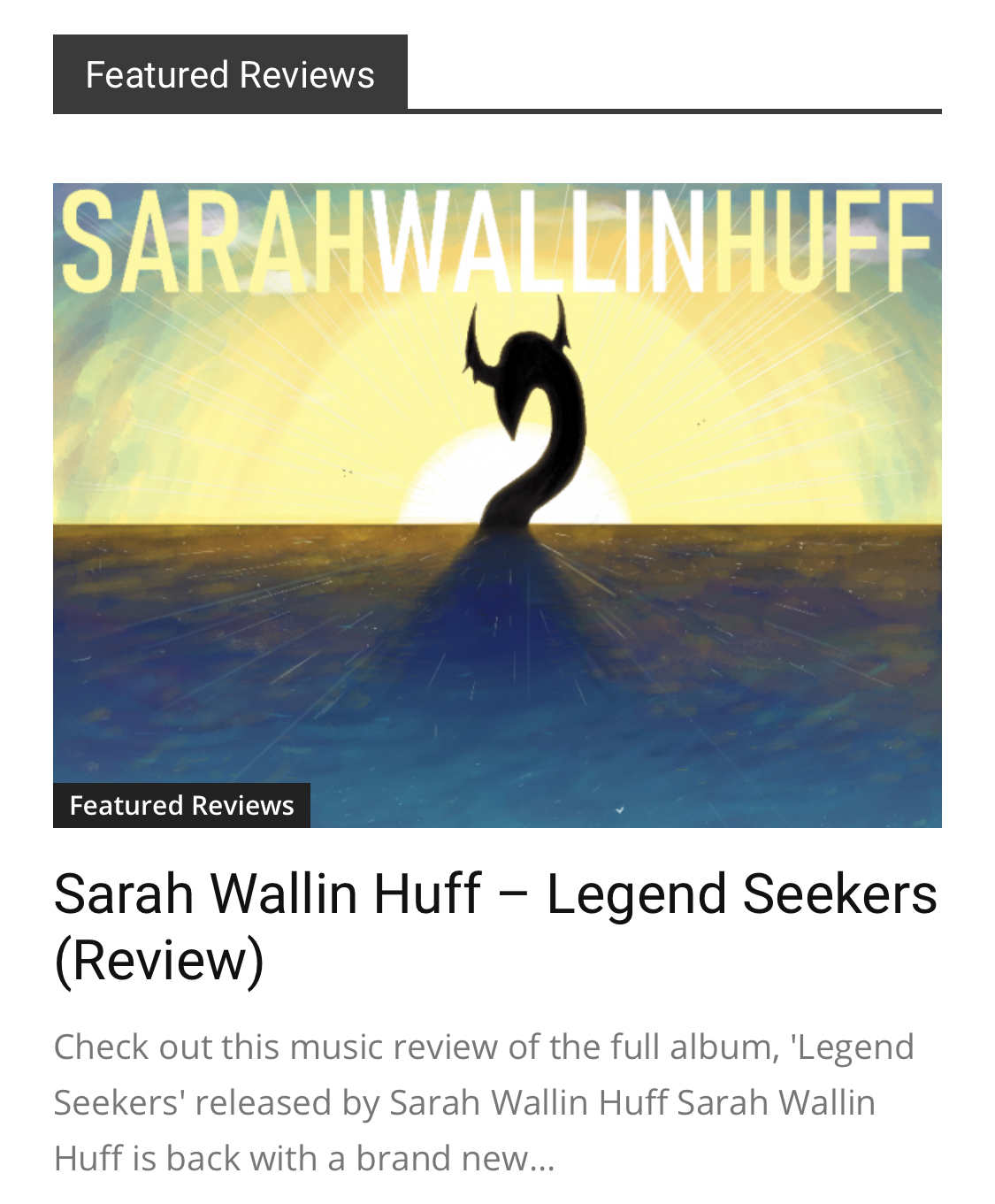 Check out this glowing review for my latest album, Legend Seekers!

This special album will feature an amazing Surround Sound playback for both BluRay and DVD discs, and Stereo for digital download capability. For this special event, we’re featuring a reduced cost for our premium format from our regular retail cost, and you can have your new album autographed by the Artist, herself!

We’ll be featuring several musicians from the CBTTF label, starting at 6pm, continuing until the music dies! Many performances to enjoy with your wine.

Come and join us for a fantastic Saturday night of tunes and be part of the landmark first album release by CBTTF Records!

It’s official! The release of my solo debut album with PARMA Recordings — SOUL OF THE MACHINE —  is slated for August 12, 2014!

Included on the album will be the professional recordings of the following works (in no particular order):

The promotional description sample I’ve seen is absolutely beautiful! This truly is an album of “mechanical structures, organic beauty, and identity.” I’ll let you read it for yourself when it comes out this August!

So, what’s going on with that PARMA release of “Anima Mechanicae” included on the modern string quartet album??

Here are some updates, from the people themselves!

As the Art Director here at PARMA I will be your primary contact during the design and manufacturing process for your upcoming release featuring “Anima Mechanicae: Soul of the Machine”. Jeff has shared the piece with me. I must say this is one of my favorite pieces we have worked with (shhh, don’t tell the others I said that). I’m a Sci-Fi fan so any piece about robots has my attention and when I listened I was taken back at how well you captured the mood and story. The arrangements are so interesting and the performance sounds fantastic. It is going to be great on the release.

The title of the release is selected by the team here and we consider the musical language first and then the concepts behind the pieces. Our titles and graphics on compilations tend to speak to the overall musical concept rather than any one piece. It is generally not effective for us to create too tight a visual connection to any one piece for reasons of fairness and equanimity for our composers.

We did some deep thinking about the best way to represent this collection of chamber and piano pieces and in the end I think we came up with a great title,”ALLUSIONS – Modern Chamber Works”. We selected this title for being a succinct and creative way set the tone for the release. By definition an allusion is a reference to, or a representation of, people, places, events, literary work, myths, or works of art, either directly or by implication. Though the pieces all have varied inspirations, the expressive and interpretive nature of the musical language is common to all the pieces which makes this a fitting title that ties the program together very nicely.

This is also a unique title that returned almost no search results on the internet which is always a plus. The release will be easily searched and found on the internet.

Design of the cover art is beginning today and we will be presenting the results to you later this week. PARMA takes great pride in our packaging design and we consider the look of our releases a major aspect in creating interest in the album. Viewing album art is often the first contact a listener will have with a release so it is my job to maximize the curb appeal for the musical mansion you have created.

I’m really pleased to present you with the cover art we are developing for ALLUSIONS.

In efforts to push our designs to the next level I have developed many connections within the artist community. The more original art we can use in our designs the more unique and meaningful the covers will be and not to mention we are directly supporting artists and their works which is important to us.

One such artist is Clara Lieu a professor of art at RISD and an oboist herself. The image on this cover is one of her works that I felt spoke to the tone of the album. The concept of shadows works really well with the title as shadows allude to the objects that cast them. There was also a relation to the music though the moody, loneliness of the characters which connects to the small instrumentation and overall musical language. The type of the title is modern to signify that these are new works and is quite large for good legibility when the cover is reduced to thumbnail size by internet retailers…. — Brett Picknell, Art Director

And… Today I just got the news that:

I’m pleased to inform you that your album is on track for release on August 27th, 2013! On this date, ALLUSIONS will be available for purchase on Amazon, iTunes, and dozens of other retailers. With the release date tentatively established, we can begin our marketing and promotion process.

Hooray!!! Not too much longer now…

Update: Officially the title of the album will be:

…And “Anima Mechanicae” is the FIRST Track!! Whee! 😉

The New England String Quartet sounds soooo good on my piece, and Andy Happel is a wonderful producer! 😉 It’s definitely the Definitive Version!