Your bit of education for the day! ^_^
Made this as part of my lecture videos I’m putting together for the school summer session (see History of Technology in Music for more info); this is part of my lecture on opera and the cultural/technological changes it provoked in music…

These past few months have been indescribably fulfilling, yet chaotic, as these things usually go, lol. 😉 I’m nearly through my first semester as a music professor for Cal Poly Pomona; I’ve spent nearly every waking moment setting up and teaching my new classes! I’ve really been enjoying this adventure, and I look forward to each following experience with this wonderful school.

Naturally, as the semester draws toward a close, I’ve been itching to get back to composing and completing my upcoming album, “Legend Seekers” – I’ll be able to start getting back to these projects in just another few weeks, yay! In the meantime, I’ve been meaning to set up this blog post to showcase some of the photos and videos documenting our recording sessions for “Intrepid” and some of the other works that will appear on this upcoming album… Enjoy the gallery and impromptu videos below!

Don’t forget… if you’d like to be a Backstage Supporter of this and other future projects, visit the Backstage Community to see what perks are available–like autographed copies of scores and albums as well as your name listed on the albums you support!

A very special thanks to everybody who has patiently worked with me to make this become a reality!! <3 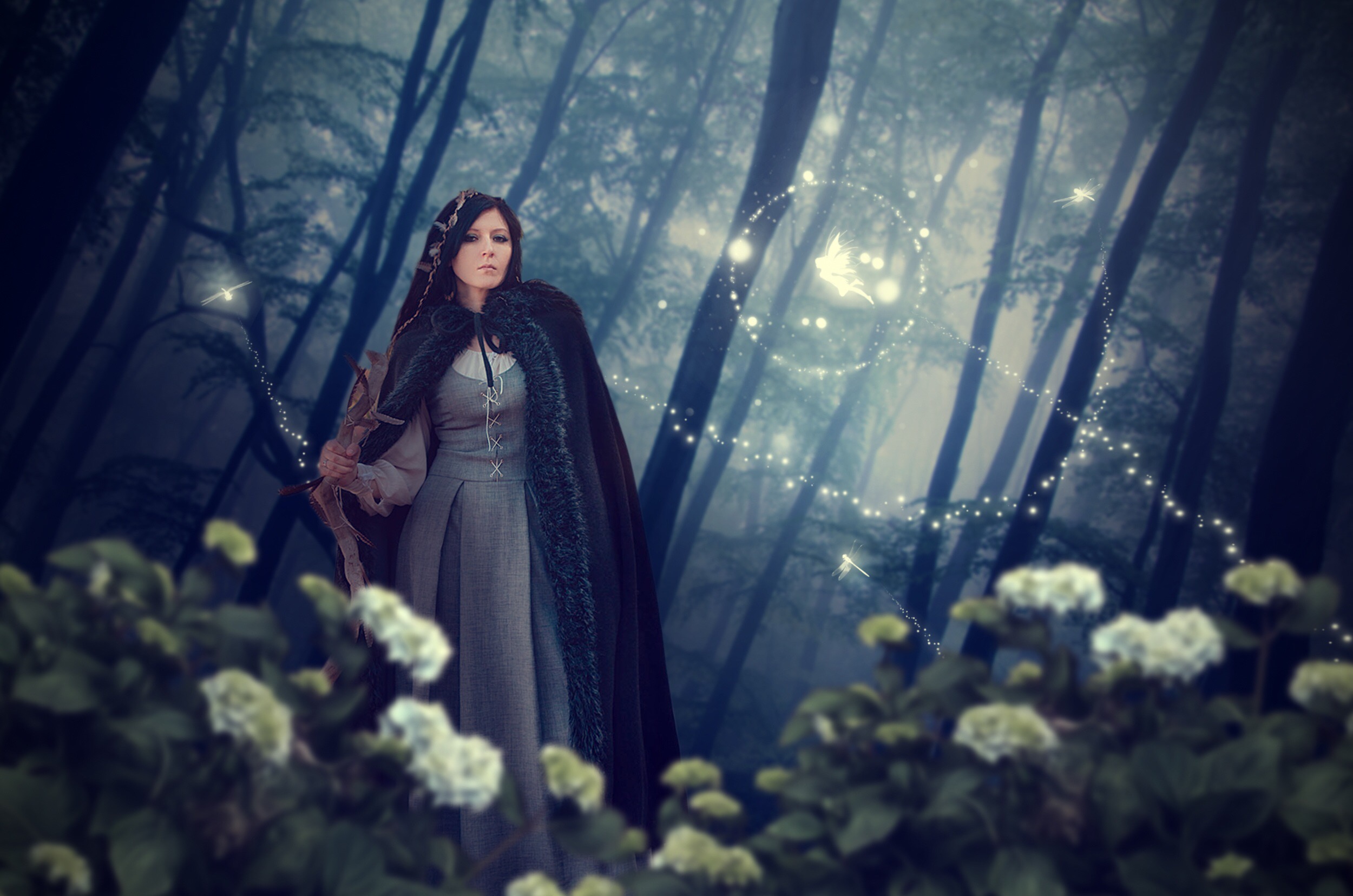 For your convenience and artistic variety, the original Celtic tune “Gleann Na Aes Sídhe (Glen of the Faeries)” is now available for solo fiddle and piano! Get the duo sheet music here, and enjoy the demo video below!

And don’t forget, you can get the original recording of the full version for band, string orchestra, and harp as well as the sheet music and official backing track. 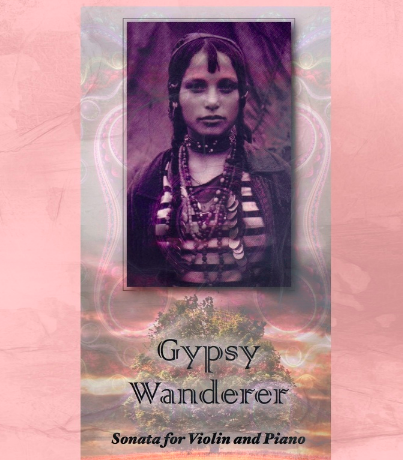 Today’s tune holds a special place in my heart. 🙂

“Gypsy Wanderer” is an original, 4-movement sonata for solo violin and piano.

[C]ompleted in April of 2013, the originating sketches for this four-movement work existed as early as 2008, and were a part of Wallin Huff’s first graduate lessons in composition, while studying under Dr. Mark Carlson. “Gypsy Wanderer” is a unique addition to Wallin Huff’s repertoire in that it is an early exploration of patterns, color, and formula.

I have had the privilege of playing this sonata, in whole and in part, several times, and each time I play it I discover something new about it as a violinist. The unexpected dichotomy of approaching a piece (especially one of my later works) as a musician versus a composer continues to fascinate me. 🙂

I am immensely grateful to sisters Maria Wozniakiewicz and Karolina Rojahn for their excellent and pristine performance of this work on the Navona album, “Soul of the Machine.” And, of course, many thanks to Parma Recordings and all others who contributed to make this album possible!

Enjoy Maria’s and Karolina’s performance of “Gypsy Wanderer” below!

“Gypsy Wanderer” can be performed by anyone with advanced ability. Get the sheet music here! And stay tuned for our featured work next week…

I recall the final question posed to me in my Graduate Oral Exam: “Where do you see yourself as a composer in the long history of composers before you?” (Or, something to that effect.)

Honestly, I hated the question. At that point in my life, I’d been composing music professionally for fifteen years, and — though I was indeed still trying to figure that out — I ultimately didn’t care about finding an answer. I was (and still am) a proponent of such ideas as this one, expressed by Andy Warhol:

“Don’t think about making art, just get it done. Let everyone else decide if it’s good or bad, whether they love it or hate it. While they are deciding, make even more art.”

Now, having been a bonafide Friendly Neighborhood Composer for twenty-four years, I still don’t know how to categorize myself! And I actually consider that a good thing overall.

Lately, though, I have noticed a trend in my writing habits. I have decided to dub it “Stream-of-Consciousness Composition.”

END_OF_DOCUMENT_TOKEN_TO_BE_REPLACED

Come to Silverlake Lounge on May 19, 7pm and join Lainey White and myself for a set of all-original compositions and arrangements featuring acoustic fiddle and 6-string electric violin, with electronics, percussion, guitar and more!

With just 5 days left to take advantage of this discount, I am offering a special gift to all who pre-order tickets before the April 30 deadline — with every discounted ticket purchase, you can choose one album from my discography list for FREE!

Not only do you save money with this promo code and receive your free gift – but you ALSO help us ensure the show goes on, by buying Tickets in advance versus paying the higher door price.

Visit the Events page for this show for more info. See you there! 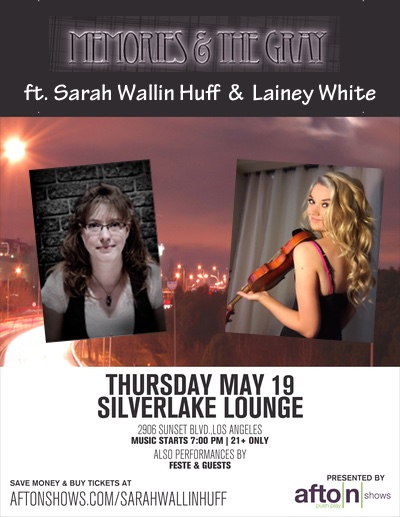 Composed at the request of Kay Pech for the 2014 Chamber Music Institute of Southern California, I present my latest work: Organic Circuitry!

Attached above is a rough digital demo of the work — it’s missing of course, the classy nuance of expression that only live players can give, as well as the digital shine of some of the pedal effects I’ve written into the work for the two electric violin players.

But Aisling and I will be performing this intriguing work at its debut in concert on July 20th at 3pm, at Cerritos Park East, inside the community center. Visit CMI’s website for more info on this fabulous free concert – Don’t miss the debut performance of the one and only Organic Circuitry!

I have a couple of exciting things on the horizon….

Analysis must concern itself with the final result: that is, with the work as part of history… The composer’s thinking remains his marvellous secret. 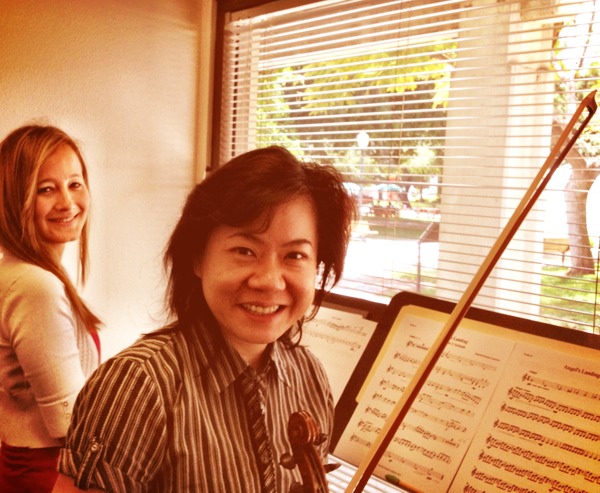