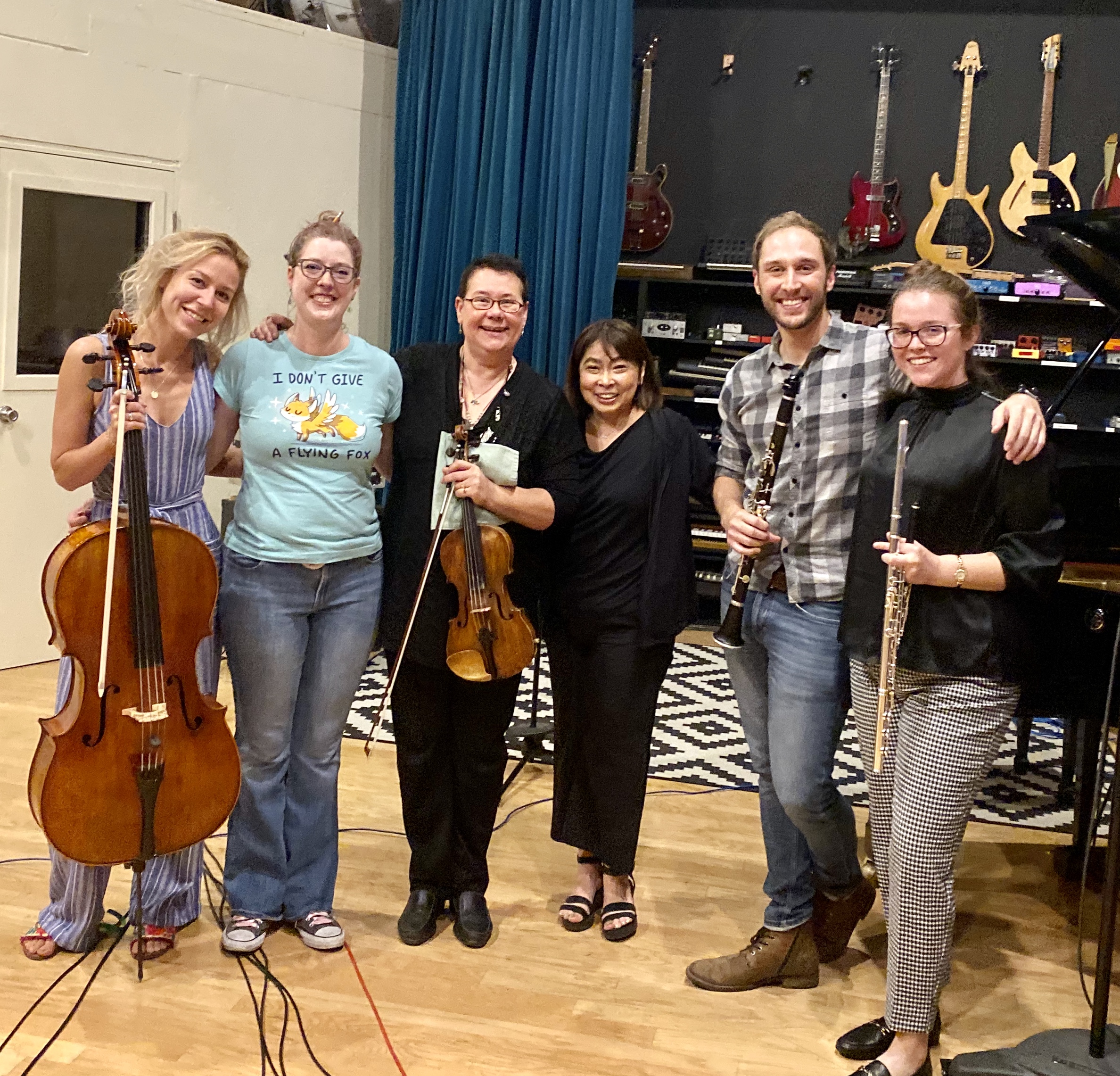 Earlier this week, I had the pleasure of hearing my “tarot piece,” The Oracle, come to life in Barefoot Recording Studio in Hollywood!

The work is a 12-minute exploration of the human condition as told through the symbology of a tarot deck. It’s written for five musicians, who each represent an important natural element: piano (Tree of Life), violin (Fire), cello (Water), flute (Air), and clarinet (Earth).

I’ll announce when the recording is ready for release. In the meantime enjoy these photos from our recording session! 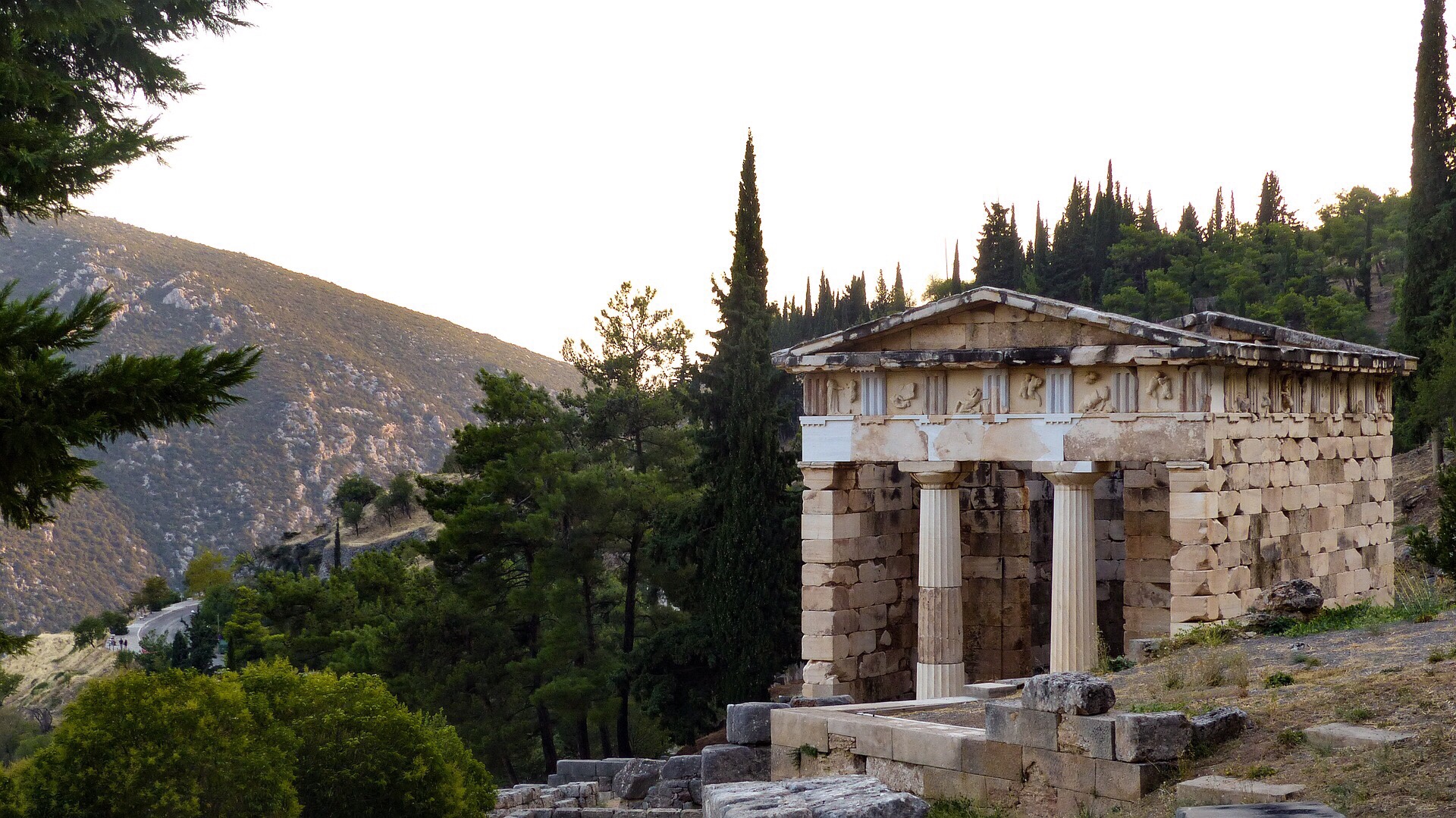 Today’s tune for flute/piccolo, clarinet, violin, cello, and piano is “An Experiment in Aleatorism & Formula” from 2016.

Using 50 tarot cards to create the framework, there is both an element of chance (in that the process of drawing the cards and their placement in the 5 separate tarot spreads, is all random) and an element of “foreordained knowledge” (or pre-compositional structure).

You can read more about my inner processes at this post.

Enjoy a recording below, as well as a demo “music video” after that. 🙂

“The Oracle” can be performed by an advanced ensemble. Get the sheet music here! And stay tuned for our new work of next week… 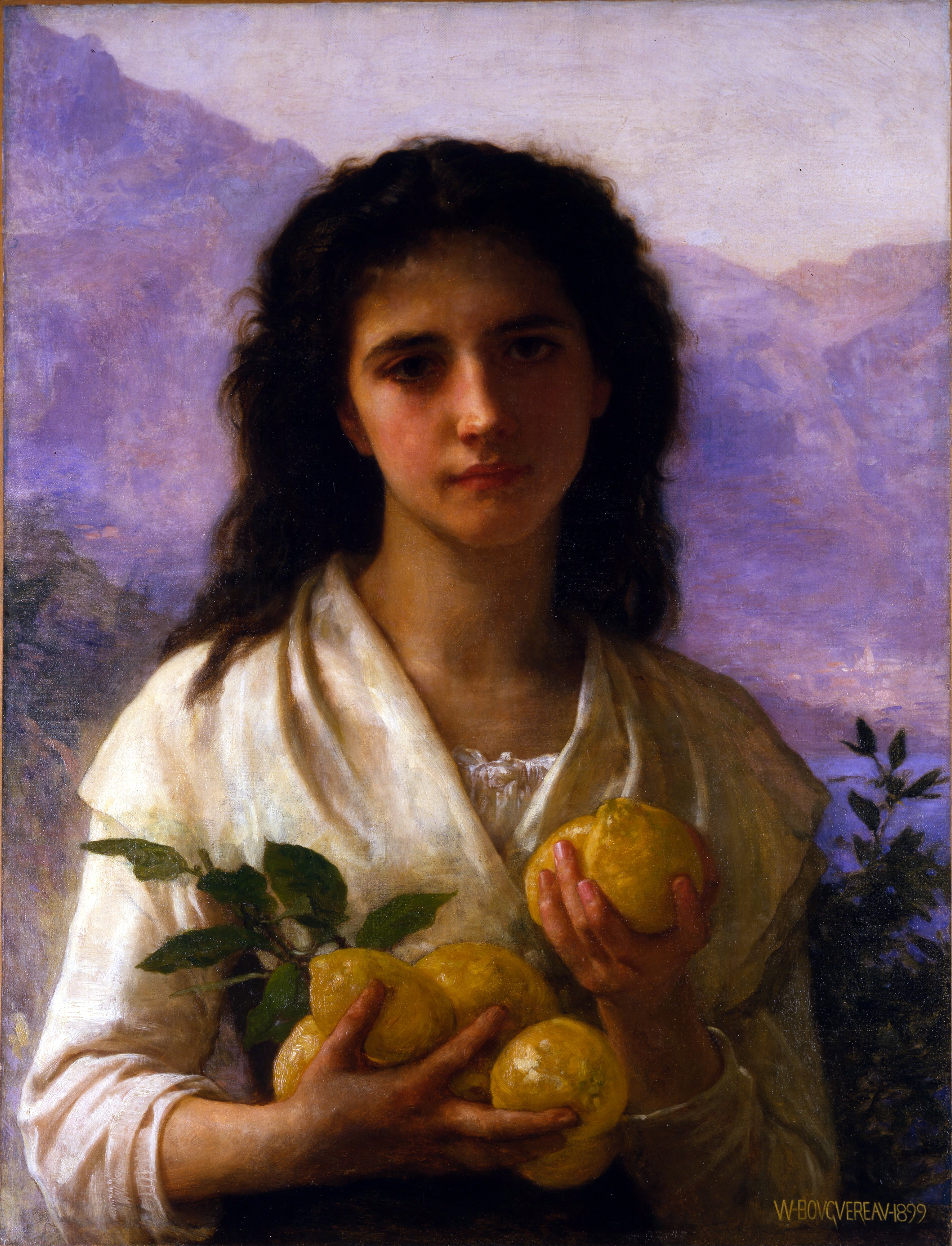 Today’s tune was composed in 2017 for my friend, violinist Payman Eliahoo, and his son, who (at the time) was a beginning clarinet student. As I was putting it together I built the entire work off of the opening feel of the piano part and simply let it unfold from there. It pretty much wrote itself once I had the opening bars down. 🙂 Upon listening back to the work in completion, I dug around a little and came across the Italian story of Aradia, daughter of the moon goddess Diana and Queen of

the Old Religion. I was so struck by the charming nature of this feminine messiah figure that I felt like the legend and this new work fit together perfectly.

The original request was for a piece for clarinet and violin, something that Payman could play with his son. But I felt like a flute would actually go really nicely with the clarinet part. So the original instrumentation is for Flute (opt. Violin) and Clarinet, with Piano. Of course, though, as opportunities came to play this sweet little work, for ease of programming, I created a string version of the work, too — for Violin, Viola (or opt. Second Violin), with Piano.

It’s a really charming work for students of late beginner to intermediate ability! Get the sheet music for the original woodwind/string version here, and the all-string version here. And enjoy the recording below… 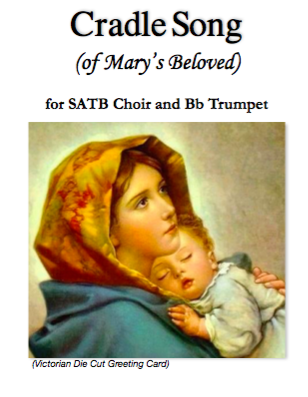 Today’s tune kicks off the Christmasy-slash-Holidays edition of these four Thursdays in December.

Sadly I have yet to hear this lovely little song for SATB and solo instrument performed with real musicians; I can only give you a tase of its beauty with the midi demo below… But, hopefully, one day, a choir will be willing to bring “Cradle Song” to life….

“Cradle Song (of Mary’s Beloved)” is a 3-minute-long work for SATB choir with either brass or woodwind instrumental solo (the solo part is available for either the original Bb Trumpet or C Flute, Bb Clarinet, or F Horn).

The text, adapted from the 1901 poem of the same name by Patrick K. O’Horan, is a sweet lullaby sung by Mary, mother of Jesus, to her “beloved little One” of the “Holy, Immortal, Ineffable Name.”

The minute I stumbled on this sweet poem in 2015, I knew I had to set it to music!

As you listen to the demo, try keeping the lyrics in mind:

Sleep, O my little one, quietly sleep,
Heaven’s high hosts around thee shall creep.
All love and glory,
Beauty and grace —
With kiss of a mother–
rest on thy face.

Sleep, my beloved, my little one sleep;
No crying be heard: O stir not nor weep.
A bright Star is shining
Above thy dear head,
And to this poor shelter
The great Kings are led.

Sleep then, my Kingly one, gently and still.
See how thine angels watch on each hill.
Here is thy mother
Close, dearest heart:
I shall be with thee
When shepherds depart.

“Cradle Song (of Mary’s Beloved)” can be performed by a choir with advanced ability. Get the sheet music here! And stay tuned for our work of “Holiday Frivolity” next week…

This special album will feature an amazing Surround Sound playback for both BluRay and DVD discs, and Stereo for digital download capability. For this special event, we’re featuring a reduced cost for our premium format from our regular retail cost, and you can have your new album autographed by the Artist, herself!

We’ll be featuring several musicians from the CBTTF label, starting at 6pm, continuing until the music dies! Many performances to enjoy with your wine.

Come and join us for a fantastic Saturday night of tunes and be part of the landmark first album release by CBTTF Records!

Enjoy some photos from the session below!…

Additionally, I have two more pieces to share, works that will also be included on this new album, expected to come out this Summer…

Aradia, La Bell Pellegrina, for Flute (or Violin), Easy Clarinet, and Piano, is a brand new piece I wrote for a friend and his son (who is studying clarinet performance). A mysterious and haunting duo, it’s based on the Italian legend of Aradia, daughter of the moon goddess Diana and Queen of the Old Religion.

Falada, for Violin, Viola, Cello, and Piano. Falada (which is Portuguese for “Spoken”) is a compilation-piece derived from two of my earliest works: The Dove (1998) and The Old Music Box (2001). Together, this work for piano and string trio (violin, viola, and cello) evokes the mood of a storyteller weaving ancient tales that remind the listener of humankind’s shared history.

Presenting a music video for my 2016 work for flute/piccolo, Bb clarinet, violin, cello, and piano.

Using 50 tarot cards to create the framework, there is both an element of chance (in that the process of drawing the cards and their placement in the 5 separate tarot spreads, is all random) and an element of “foreordained knowledge” (or pre-compositional structure). “The Oracle” has thus emerged as a multi-faceted, deeply layered, story-driven reflection of the human condition.
This video comprises the mythical elements and characters found in the tarot cards that make up this piece. What story do you see unfolding?

I’m in the middle of composing a real neat piece right now for a July 1 deadline… I’m calling it “The Oracle,” and it’s for flute/piccolo, Bb clarinet, violin, cello, and piano.

What I’ve done is set up a complex set of “rules” that guide my writing based on the random drawing of tarot cards… But it’s turned out to be both an aleatoric and a highly flexible process that leaves me with a lot of artistic possibilities, though I’m being guided in the overall structure by the cards I draw and their placement in the spread I’ve chosen.

As you might imagine, knowing me, I’m having a ton of fun with this. There’s something thrilling about the mixture of using both a pre-compositional process that prevents me from fully anticipating the outcome of a work combined with that process allowing for a vast amount of contextual freedom!