I FINALLY got a real solid start on my new violin duet I’ve been commissioned to write!! It’s super intriguing!!! I originally thought I’d add a piano part, but I don’t know now… I may just go Ravel-violin/cello-duet-style and have the two violins remain by themselves. Or, if I do add a piano part, I want to have it wait a while to come in… Can’t wait to see where this goes and how it unfolds! ?

Wanna see how I approached the beginnings of this basic construction? Check out The Music Nerds video #1! ?

Here are a few fab photos of myself, Lainey, & friends during our “Memories & The Gray” set at Silverlake Lounge!

Get a FREE audio track for ordering your ticket online! ^_^

I know it’s last minute, but if you’re free tomorrow night – Thursday, Feb.11 @ 7:30pm – I hope you’ll come to see my students, as well as myself and colleague Dr. Ruta Bloomfield, perform for The Master’s College first ever Instrumental Chamber Groups concert!

Here are a couple photos from our unique performance for the community at Hillcrest this past Friday. Enjoy! 🙂 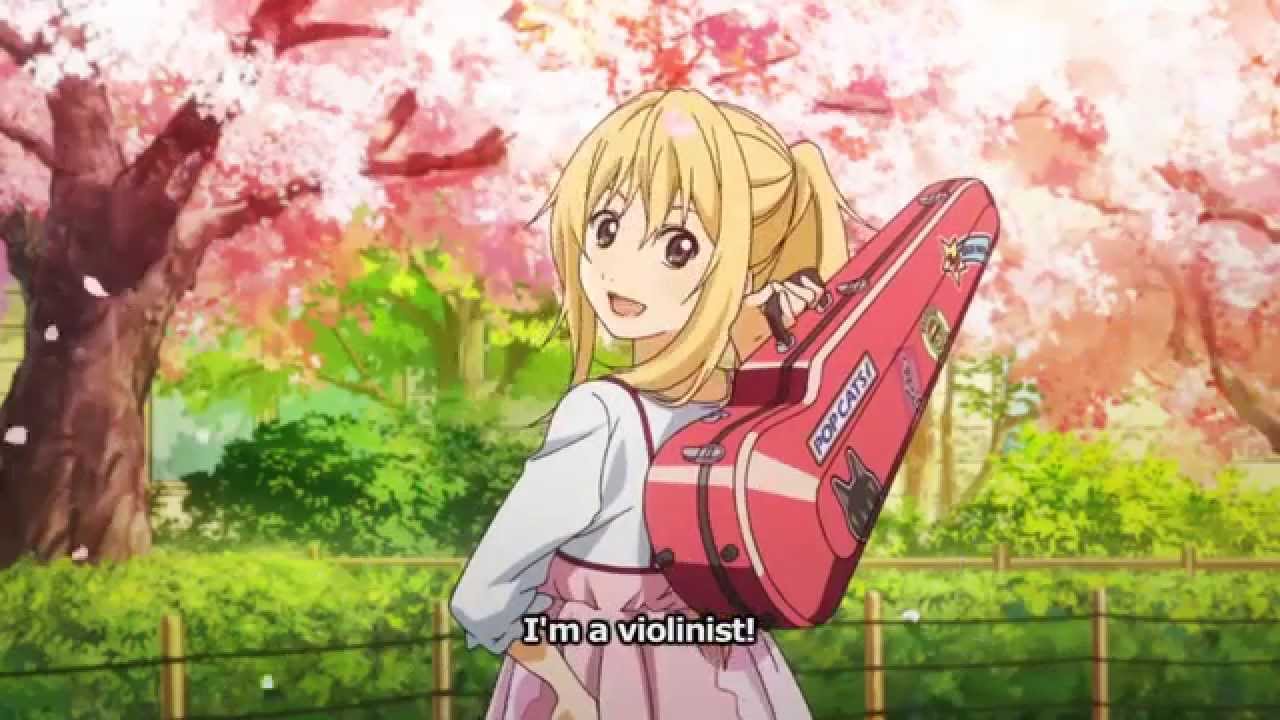 Flora has a happy new bed, as of today! I’m so excited and very, very pleased with my new BAM case! She’s as snug as a bug in a rug, and infinitely safer. 🙂

It’s the 5001SR model. I purchased it at a fabulous discount from one of my favorite online places to get strings and accessories, GoStrings.com. Tee hee, early Christmas present… ;-p

The music pocket (with removable inner pouches!) is on the bottom of the case: no more top-heaviness!

Beautifully soft, formed insides. The cradle’s shape keeps the violin from shifting around, at all.

And, two of my stickers on the outside, making it official. 🙂

I feel like Kaori Miyazono, with her stickered pink case, haha!

(And if you haven’t seen “Your Lie in April,” I HIGHLY recommend it! It’s a gorgeous look into the lives of several young Classical performers, what they go through and why… Just fantastic!)

I was just checking up on one of my favorite groups of people – the musicians of Arizona’s atomic folk band, Mrs. Lincoln – and I was so delighted to find these photos from my last gig with them out in Flagstaff, AZ at the Pickin’ in the Pines Bluegrass and Acoustic Festival a year or two ago.

I miss playing with these guys… I’ll have to make it a point to join them again for another gig sometime! 😉

This past Spring semester at The Master’s College, I’ve had the immense honor of helping out one of our audio tech seniors finish his major senior project – to record, produce, edit, master, etc., fifteen minutes of music!

So, he’s been dutifully and expertly bringing to life three very diverse works of mine: “Sonata Moderna” (the original version I first wrote: for string trio and full-on rock band! I can’t tell you how thrilled I am to hear it unfolding to the original fullness I envisioned for it!); “Organic Circuitry” for electro-acoustic string quartet; and my latest work, “Intrepid,” for oboe/english horn soloist and chamber orchestra.

Now that we’re nearing the end of this journey, these three tracks are sounding just AMAZING! I can’t wait to share them with all of you! In the meantime, enjoy some of these memories from a few of our sessions together…

Anne (cello) records Sonata Moderna and Organic Circuitry for us

These past several weeks have been insanely active for me, with one project after another, after another… So all good stuff, honest! And, good memories, too… These next few posts I’ll be making will share some of these awesome experiences I’ve been able to have lately…

First up… The COACHELLA Gig. ✌🏻

Yes, via a contact from college, I got the great opportunity to work with EDM DJ Deorro and his team in preparing a special appearance during his two performances at Coachella this year.

It all started with the idea of adding live string players to the performance during two songs; the only hitch

was that – since it’s all about the #PandaFunk – the musicians needed to be wearing panda heads. Which means, actual live playing on-stage becomes very much impossible (just trust me on that).

So what I was able to do, was compose an all-original string trio (2 violins and a viola) part to accompany Deorro’s two songs, “Feeling Pretty Good” and “Tell Me Lies.” I then had a BLAST visiting the Long Beach recording studio of “sound ninja” Remo Portman – Independent Puppy Recording – where I recorded and overdubbed myself playing all three trio parts to the original mixes. It was SO much fun, and a very successful day!

That taken care of, I enlisted the aid of four of my wonderful college students to don their tuxedos and Panda Heads, and go on-stage to bring the recorded tracks to life for the audience! I am so proud of them; they totally rocked the house! 🙂

Enjoy a few of these shots I’ve grabbed here and there of our Panda Guys; I’m sure there must be more floating around the internet… Try to catch ’em all! 😂