I am just so stoked about how my new orchestral Sinfonia is shaping up! I got a lot of fascinating work done on it today… 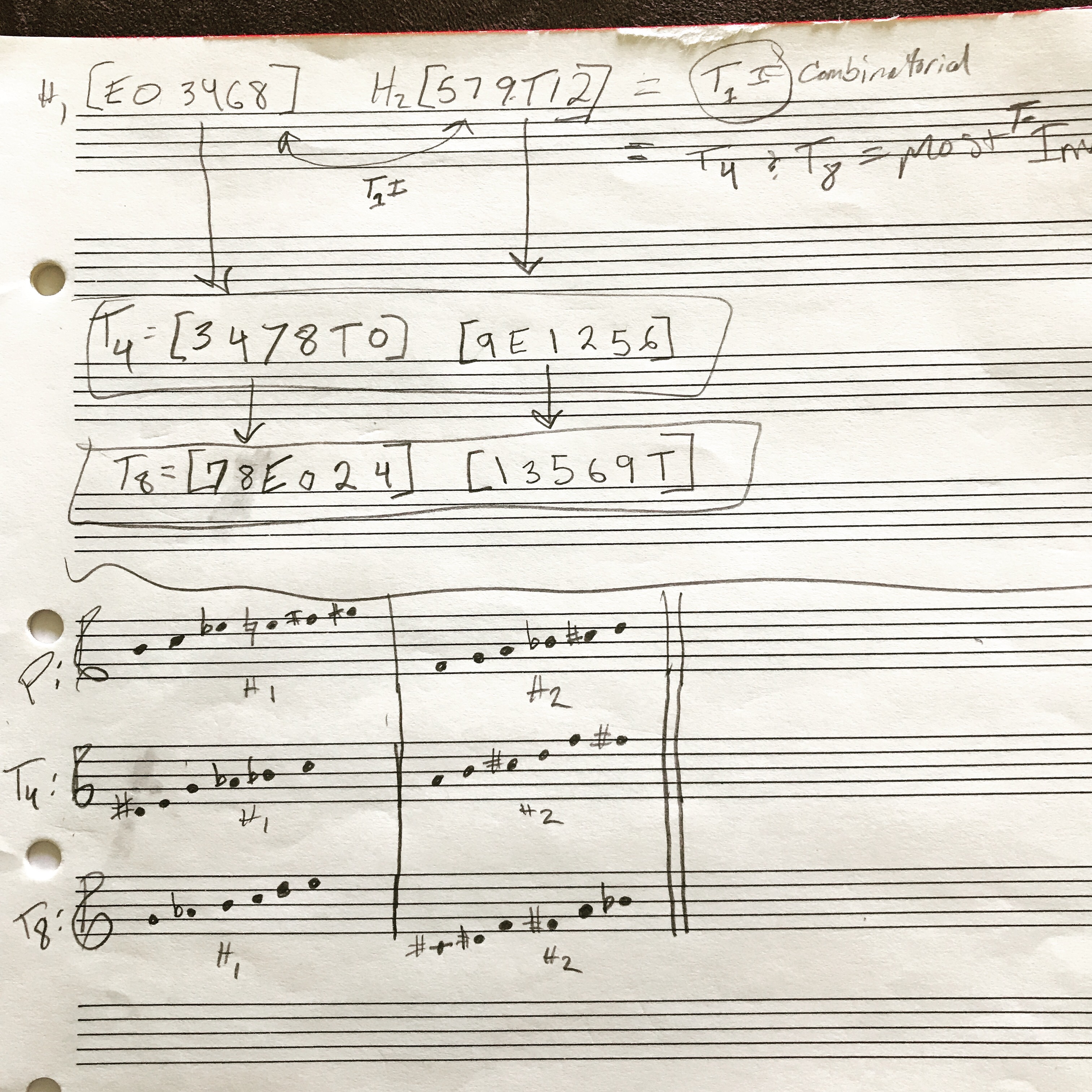 Long story short… I developed an intro theme and then broke that apart to find it was built upon 6 distinct notes (not counting a couple “passing tones”). Then I said to myself, since I have a hexachord here, what would its complement be? Thus, I notated out my second hexachord, creating a full 12-tone-row between them.

Anyways, I had a blast calculating the forms and interval “rosters” of my row and exploring how its two hexachords would be able to relate to each other. Namely, I discovered this particular row is only Inversion-combinatorial (by T1I, if you’re interested). I also discovered that the relationship of Transposition by interval classes 4 and 8 were the two transpositions that would yield the most “common tones” (invariances) between the row and its possible operations.

So, with all that done, I came up with 3 “scales” (12-tone rows) that I will reliably use to build the rest of my Sinfonia!

Notice how these “scales” are constructed: 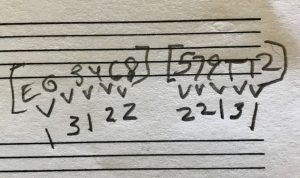 (You can see from the Adjacent Interval Series of the hexachords, how they’re inversionally equivalent — the interval set of one is the exact reverse of the other!)

Both hexachords are constructed of 2 half-steps, 2 whole-steps, and 1 minor third. That makes for quite tonal sounding opportunities!!

What I find fascinating about this experience is that I didn’t first try to construct any sort of 12-tone row that was inherently All-Combinatorial. I simply created 6 bars of music that I really liked (being inspired after hearing Penderecki’s Threnody again one night); only after discovering that my 6 bars construed a 6-note “scale” did I decide to move forward and discover all I could about that hexachord, so I could exploit the relationships within its intervals and from that build a 5-7 minute piece.

And this is why I get such a kick out of math in music! 😀 #BabbitIsMyHomeboy