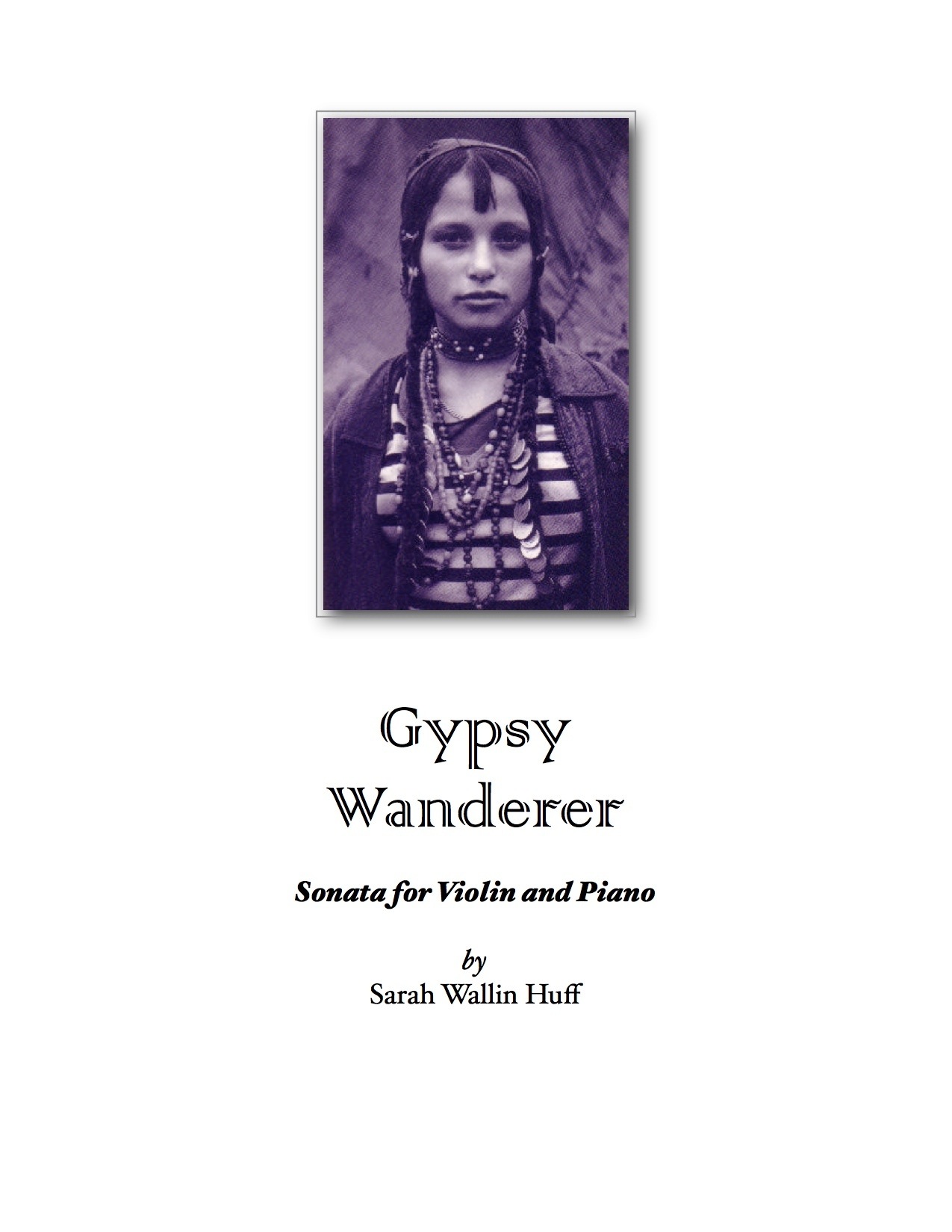 It’s time for my Music TBT, where I randomly choose a work from my repertoire and reminisce about its beginnings!

An original Sonata for Violin and Piano. Completed in April of 2013, the originating sketches for this four-movement work existed as early as 2008, and were a part of Wallin Huff’s first graduate lessons in composition, while studying under Dr. Mark Carlson. “Gypsy Wanderer” is a unique addition to Wallin Huff’s repertoire in that it is an early exploration of patterns, color, and formula. The nature of the four movements can be described in affect as follows: I. dance-like and fluid; II. surreal and sublime; III. diligent and determined; IV. passionate yet controlled. The work is riveting and soulful in its earthy and irreverent, rhythmic and harmonic wanderings.

I originally began work on this piece during my first semester of graduate studies, under the instruction of Dr. Mark Carlson. He taught me so many valuable techniques to open up my creativity! So, by the end of 2006, I had movement 2 of this sonata completed and movement 3 almost finished. For movement 1, I had several of the phrases sketched out, and movement 4 had only rough ideas of incomplete motives scrawled out on a page.

It sat that way for years as I finished my degree under another teacher. It wasn’t until I began teaching at The Master’s College in 2012 that I finally began looking again at this unfinished sonata of mine. I told myself, I have to finish this! It would be a crime not to! The problem was, I had written so many diverse other works in the meantime, of differing influences and sounds. I didn’t want this sonata to feel as though it was written 6 years apart, as if it was two different pieces entirely. So I spent a lot of time trying to understand my old sketches from my earlier frame of mind. I was able to merge these with all the newfound knowledge I had gained in the past 6 years to create something really colorful and unique.

Finally, in 2013 this four movement sonata was born! It holds a special place in my heart. I’ve had the opportunity to perform this (in completion and in parts) twice now. It is such a kick to play! It really keeps me on my toes, and every time I attempt it, it gets better and better…

I hope you enjoy this trippy, irreverent, angular, and passionate work, “Gypsy Wanderer”! 😀