Charles Ives – As a composer who stubbornly struck out on his own way, who used ideas at the turn of the 20th century that we didn’t accept until the ’60’s, he was a man WAY ahead of his time! Here are some things this fiery idealist had to say:

“If a man finds that the cadences of an Apache war dance come nearest to his soul, let him assimilate whatever he finds highest of the Indian ideal so that he can use it with the cadences, fervently, transcendentally, inevitably, furiously, in his symphonies, in his operas, in his whistlings on the way to work, so that he can paint his house with them.”

“Beauty in music is too often confused with something that lets the ears lie back in an easy chair.” (I like this one!)

“The ‘unity of dress’ for a man at a ball requires a collar, yet he could dance better without it.”
(This in reference to his “chariness of conventional notions of musical unity” [Bryan Simms, Music of the Twentieth Century: Style and Structure, Schirmer 1996, pg. 299.].)

[This taken from page 8 of Schwartz and Godfrey’s Music Since 1945: Issues, Materials, and Literature, Wadsworth 1993]:
“When Ives had occasion to reach audiences, either in person or by way of his writings, his zeal was remarkable, combining a romantic European belief in the artist’s mission with a uniquely American sense of moral ‘rightness’ of change, challenge, and stretching one’s limits. There is a refreshing honesty in his wanting to provide ‘stronger meat for the ears and the mind,’ or in his response to hissing in the audience at a performance by Carl Ruggles: ‘You God-damn sissy!…get up and use your ears!‘” 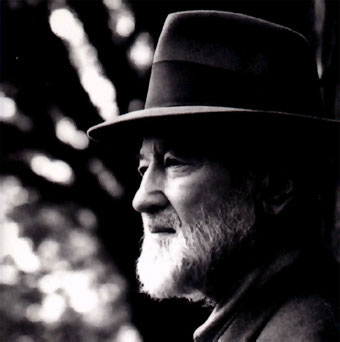 1 thought on “Thought for the Day”